Sammy Hagar says that he would apologize to former bandmates Eddie and Alex Van Halen despite not knowing what he would be apologizing for.

Hagar was asked by Classic Rock if he could apologize to anyone, who would it be and he responded, “I don’t know if I owe anyone an apology, cos I don’t think I’ve ever done anything bad to anybody. I would say I’m sorry to Eddie and Alex if that would make them feel better, but I don’t feel like I did anything to hurt them.”

Sammy was also asked if he missed Eddie and Alex and he said, “Yeah. But it’s okay. And now I’m afraid if I ever reached out and really tried to contact Ed and Al, they would think that I was trying to get back in the band or I was trying to do a reunion. And I’m not.

Founding member of Guns N’ Roses, Tracii Guns who currently plays in LA Guns has posted another tweet about the president of the United States, Donald Trump on his Twitter account.

Yesterday, actress, Alyssa Milano shared a video, which Donald Trump asking followers to tell her what was going on in the clip and to only reply by GIF only.

“Please tell me what is going on in this clip. Actually, maybe just watch it and reply by GIF only.”

Please tell me what is going on in this clip. Actually, maybe just watch it and reply by GIF only. 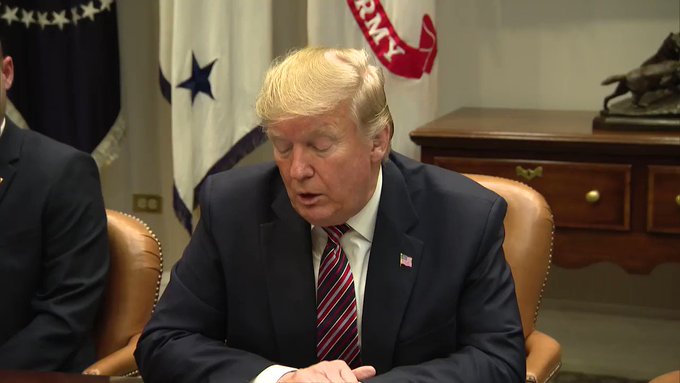 7,765 people are talking about this

“I’m not trying to be funny. This guy is Bat Expletive Crazy !!!”

You can see the video and tweets right below.

David Lee Roth's Contract With Van Halen Is Over!

The Van Halen Album That Was Never Released!