Doors will open at 7:00 p.m. and food and drinks will be available inside.

You can purchase your general admission tickets for $50 or VIP tickets for $300, which include food and drinks; a meet-and-greet with the band; and a prime viewing area during the show.

All proceeds will support Music Drives Us, a Norwood-based nonprofit supplying grants to music programs designed to effect positive change for people of all ages. 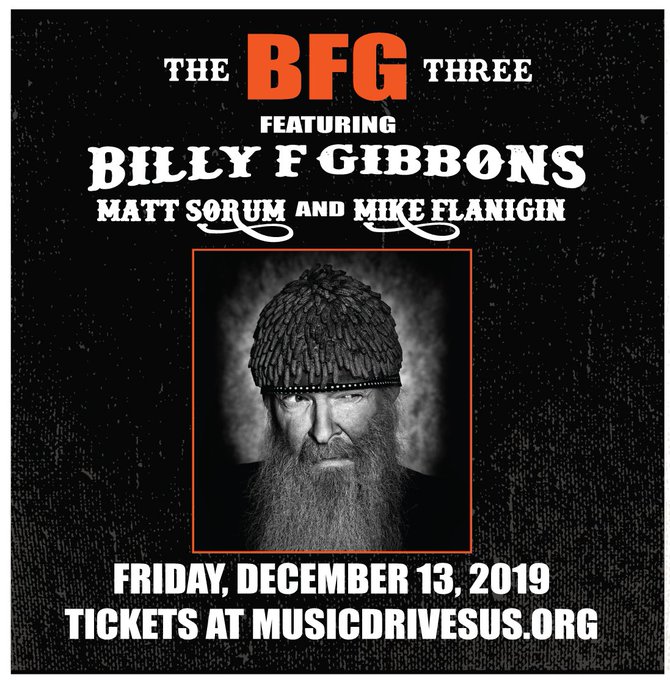 Ozzy Osbourne gave fans a sneek peak of his upcoming single “Straight to Hell,” which will be released at midnight Friday.

You can listen to the teaser below.

Osbourne announced the new song’s  by placing a postcard on his website that invited fans to “join me this Friday” and offering pre-save buttons for Spotify and Apple Music.

“Straight to Hell” will be the second song fans will hear from his upcoming album Ordinary Man, following the release of “Under the Graveyard” last week. Guns N’ Roses bassist Duff McKagan and Red Hot Chill Peppers drummer Chad Smith played on all the tracks on the album with Ozzy stating:

“This album was a gift from my higher power – it is proof to me that you should never give up,” Osbourne said. “It all started when [daughter] Kelly comes in and says, ‘Do you want to work on a Post Malone song?’ My first thing was, ‘Who the fuck is Post Malone?’ I went to [producer] Andrew [Watt]’s house, and he said we will work really quick.”

This resulted in the song collaboration, “Take What You Want,” leading Ozzy to work on a new solo records with him explaining “And in just a short time, we had the album done,”  “Duff and Chad came in and we would go in and jam during the day, and I would go work out the songs in the evenings. I previously had said to Sharon I should be doing an album, but in the back of my mind I was going, ‘I haven’t got the fucking strength.’ But Andrew pulled it out of me.”

Facebook Twitter
Previous article Hear a Sneak Peek of Ozzy Osbourne's New Song "Straight to Hell"
Next article Green Day to Perform at the Game Awards Next Month Along With Major Announcement!